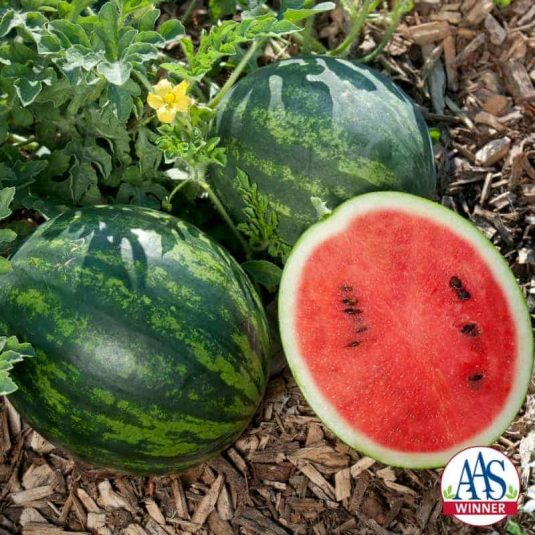 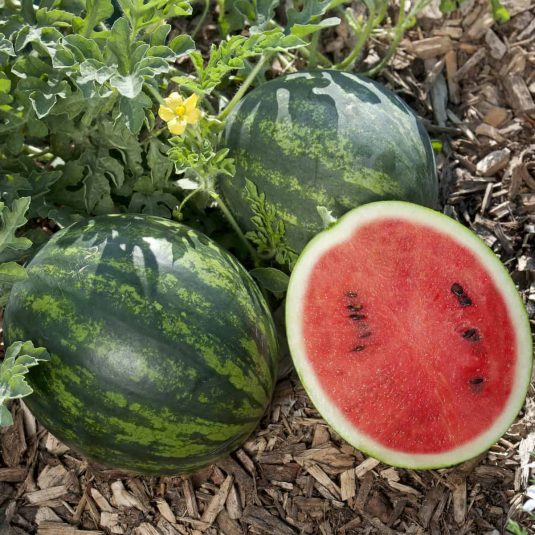 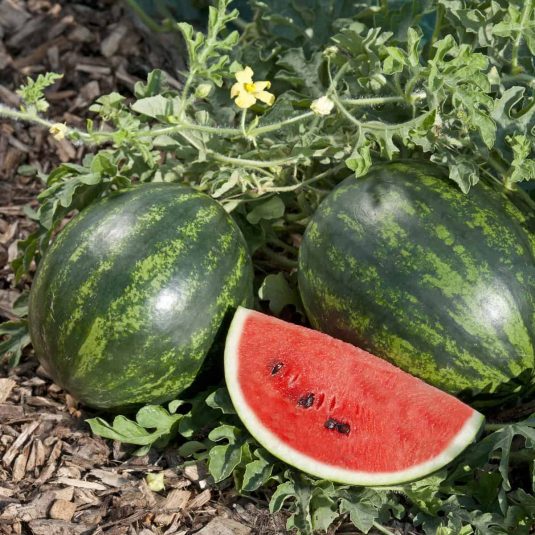 This personal-sized Asian watermelon is perfect for smaller families and smaller gardens. Shorter vines (3-4 feet) still produce up to six fruits per plant and can be grown in smaller spaces. Several judges commented on the crack and split resistant rinds, important for reducing crop loss. For culinary purposes, this deep red-fleshed watermelon has a thin but strong rind that can be carved into attractive shapes for fruit salad presentations. Mini Love has a high sugar content resulting in sweet and crisp, juicy flesh that will be a true summer delight for watermelon lovers.

All-America Selections encourages the use of these images of AAS Winners by the media and garden communicators. Please credit All-America Selections and use the variety name. To download images for digital use, simply right click on the image of choice and select “Save image as…” For high-resolution images, please email the AAS office.